PUNITIVE P.T.S.D. DISHONORABLE DISCHARGE
And It's Use in the Genocide of Disabled Vietnam Veterans
by Billy Ray Kidwell 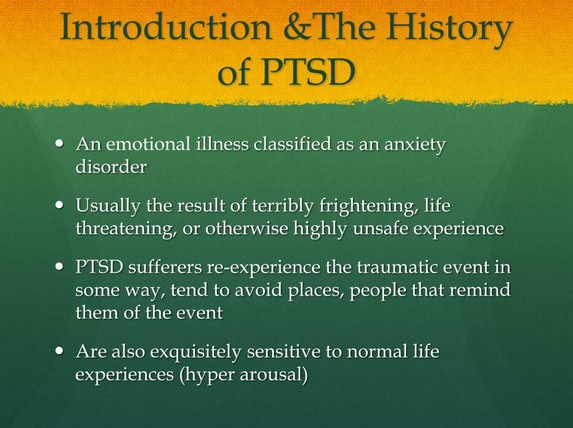 The United States Army has been aware of Post Traumatic Stress Disorders (P.T.S.D.) since the Civil War

Although the symptoms of P.T.S.D., after Military Trauma have been reported since ancient times, the Civil War marks the start of the United States Government to address the problems of Military Veterans exposed to combat.

During the Civil War, P.T.S.D.-Like Symptoms, were referred to as "Nostalgia", "Soldier's Heart", or "Irritable Heart".

In World War I, P.T.S.D. was called "Shell Shock", or "War Neuroses", and mild cases were treated with a few days rest, while severe, or chronic P.T.S.D. Cases received treatment intended to return them to productive civilian lives.

t
P.T.S.D. h    mposes a lifetime of Inhuman Torture and the Gencide of Disabled Vietnam Veterans.