DYING VETERAN'S VA RECORDS PROVE FIFTY (50) YEARS OF TORTURE BY VA, AND ONGOING VA SCHEME TO DRIVE VETERANS TO SUICIDE, OR KILL THEM WITH MEDICAL WAITING LISTS!
Kidwell's Records affect every Disabled Veteran being cheated, and abused, by the VA. They expose the "Tactics", and Criminal Schemes, the VA uses, and how the VA conspires with the Military, the Courts, and the Justice Departmet to drive Veterans to Suicide, aggrivate their Disabilities, and use Medical Malpractice, and/or, Illegal Medical Waiting Lists, to Kill Veterans.

This Website's Founder, Billy Kidwell, is dying from Heart Failure intentionally inflicted on him by the government.

Often when he tries to sit up he passes out because his heart is barely pumping blood, and is often unable to pump blood to his brain, causing Kidwell to pass out.

While Billy Kidwell has been disabled since returning from Vietnam, his Heart Attacks, and the severe damage to his heart that Kidwell is now dying from, were intentionally inflicted on Kidwell in a scheme by the VA to cause his death.

Since his Army Discharge in 1970, and Kidwell's discovery of how corrupt the Veterans Administration, and other Government Agencies are, he has actively fighting for Veterans Rights, as much as his health allows.

In 1972 Kidwell made his first Formal Request for a complete copy of his VA Records pursuant to the Freedom of Information Act.

Recently the VA accidently released "Key VA Records" of Disabled Vietnam Veteran, Billy Kidwell, the VA has been illegally hiding for fifty (50) years, prove the VA, and other Government Officials, have intentionally caused the death of at least 457,000 Disabled Veterans.

This website exposes those crimes, and the many horrific schemes the government uses to steal VA Benefits, including the "tactic" of causing the death of Elderly, Disabled, Vietnam Veterans, to reduce the cost of the Vietnam War.

Many Veterans reading this will realize that the VA has used, or is presently using, the same exact dishonest, illegal Tactics against them to steal their Disability Benefits.


For fifty (50) years America's Politicans, and Established Veterans Groups, like the VFW, American Legion, DAV, and so on, have failed to clean up the widespread culture of corruption that exists in the VA, now Department of Veterans Affairs.

One third of all Vietnam Veterans has already been wipped out by the United States Government, either by being driven to suicide, or with Illegal Medical Waiting Lists, or other schemes by the government to murder them.

It is estimated that twenty (20) Disabled Veterans commit suicide each day.

This website is going to name the Government Officials committing the crimes, Expose the Crimes, and explain how we can, at last, end the Never-Ending Culture of Corruption in the Department of Veterans Affairs. 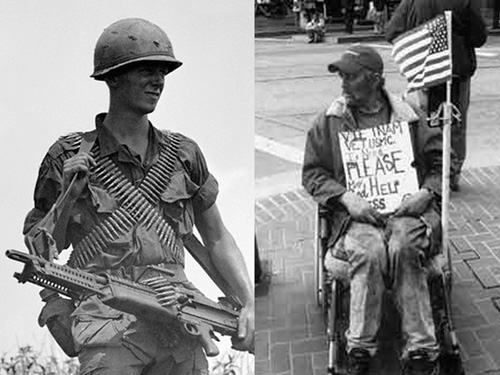 The Crimes Start with the United States Army

The crimes start with the Army not providing Medical Care, Mental Health Evaluations, or Counseling, to soldiers returning from Vietnam with "Stateside Adjustment Problems", and other clear symptoms of Combat Mental Disorders.

The Army defends this torture by fraudulently claiming they didn't provide Medical Care because Post-Traumatic Stress Disorder was not known about at the time.

As far back as WWI the Army knew Combat Soldiers suffered from Shell Shock, Combat Fatigue, and other Stress, and Mental Health Disorders, from combat.

Instead of Medical Care soldiers returning from Vietnam needing Mental Health Care, or Counseling, were mistreated, abused, harassed, placed in the stockade for extremely minor offenses, normally handled by minor Company Level Article 15's, and many, like Billy Kidwell, were gang beaten by prison guards, starved, tortured, and forced to accept "For the Good of the Service" Discharges, that the Army, and VA, would later fraudulently claim were "Dishonorable Discharges".

The Army's denial of Medical Care for "Stateside Adjustment Problems", and/or, Mental Problems from combat, was extremely smart, in that the Army would then have NO RECORD of the soldier receiving care for Mental, or Stress Disabilities from combat, so soldiers Medically Unfit to Serve, and legally entitled to costly Medical Discharges for Combat Mental Disabilities, were railroaded, and given AR 635-200, "For the Good of the Service Discharges" instead, cheating the Soldier out of VA Medical Care, and Compensation, for his war injuries, and combat problems.

And when the soldier goes to the United States Army Review Board, or Army Board for Correction of Military Records, asking to have their discharge properly changed to a Medical Discharge, because of their P.T.S.D., or to an Honorable Discharge, the "Boards", which are just as corrupt as the Army, and the VA, lies and says there is NO RECORD of the Veteran receiving Medical Care for their stress disorder.

That Form would clearly prove if the soldier's Conduct, and/or efficiency, drastically changed after combat service in Vietnam, which would prove the soldier suffered some event in Vietnam that changed the soldier's conduct, placing a duty on the Army to at least provide the soldier a Mental Health Evaluation, before the Soldier's Discharge to determine if the soldier is disabled, after the drastic change in conduct.

The failure of the Army to provide Medical Care, Counseling, or Mental Health Evaluations after Vietnam Combat Service, especally after a soldier's documented drastic change in conduct, and/or, efficiency, constituted Medical Care Deprivation Torture, in direct violation of the United Nations Convention Against Torture, or Other Cruel, Inhuman, or Degrading Treatment that the United States signed, and agreed to.

FOR FIFTY YEARS THE DEPARTMENT OF VETERANS AFFAIRS HAS COMMITTED CRIMES AGAINST VIETNAM VETERANS
The VA refuses to comply with laws intended to protect the rights of Disable Vietnam Veterans, Intentionally Driving Thousands of Elderly Vietnam Veterans to Suicide 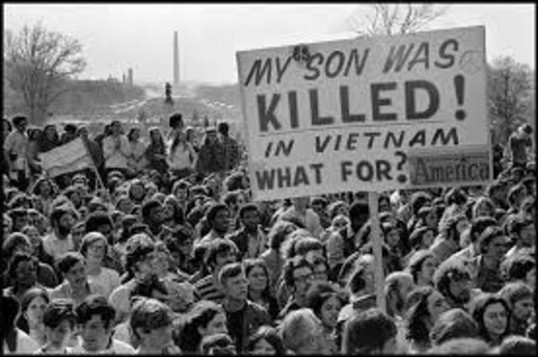 The VA has been caught, over, and over, and over again, discriminating against, and intentionally committing crimes against Elderly, Disabled Vietnam Veterans, and Female Veterans.

The VA won't even respond to F.O.I.A. Requests, Complaint Letters, and even ignores Indisputable Proof of Criminal Conduct by VA Officials against the Elderly, against Vietnam Veterans, and against Female Veterans.

The VA only cares about post 911 Veterans because they have more active VSO's, and more Political Clout.

So the VA is using Dishonesty, Dilatory Tactics, and non-stop Criminal Conduct to discourage Elderly Veterans, Disabled Vietnam Veterans, and Female Veterans, from complaining, and/or exercising their rights as the VA Discriminates against them, stealing the VA Benefits they earned.

And the VA gets by with it because noone really cares about the Elderly, or about Vietnam, or Female Veterans.

NO MORALS, NO ETHICS, NO RESPECT FOR ANY LAW, OR VETERAN'S RIGHTS, THE VA OFFICE OF GENERAL COUNSEL
These are the Individuals that have made the VA corrupt for at least the past Fifty (50) Years

Some individuals are so evil that words can't describe them.

Or Do you just want to make a remark about how filthy the Army treated Soldiers returning from Vietnam.

With No Money
VetsForJustice.Com Has Done More for Veterans
Than Any of the Established Veterans Groups