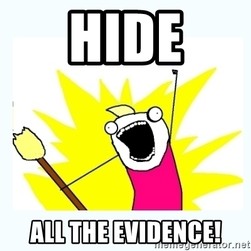 This attack on Billy Kidwell, a Dying, Elderly, 100% Service-Connected Disabled Veteran, and his daughter Hannah Kidwell, by Walmart, and the falsification of the Police Report, and intentional violation of the rights of Kidwell, and his daughter by the Charlotte County Florida Sheriff's Department, and the ongoing cover-up by Florida State Officials, is a very important case because there is video of the complete crime.

Billy Kidwell's Videos, when compaired with a written Police Report, prove the Manager of the Kings Highway Walmart, the Walmart Store Security Officer, with strong ties to the Charlotte County Sheriff's Department, and a large group of Charlotte County Sheriff's Deputies, conspired together, lied, and falsified the Police Report to deny Billy Kidwell, and his daughter, Hannah Kidwell, their Statutory, and Constitutional Rights.

These videos prove Walmart, and the Charlotte County Sheriff's Department, are hiding, and have been hiding for nearly four (4) years, Walmart's Videos of the complete Incident, to conceal where the incident happened, to cover-up a fraudulent Trespass issued by Walmart, that has violated the rights of Billy Kidwell, and his daughter, Hannah Kidwell, for nearly four (4) years now.

1. The first video proves the Police arrived in Massive, Excess Force, were bias, and rude to Billy Kidwell, and his daughter, and that the Sheriff lied in the Police Report;

Videos do not lie.