To F.B.I. Director, Christopher A. Wray; 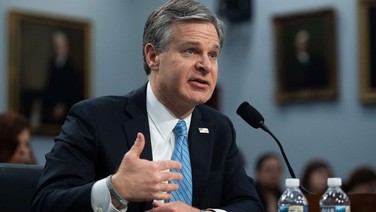 Please accept this News/Press Release as being a Public Request for an F.B.I. Investigation of Rampant Corruption in the United States Department of Justice.

Since the Vietnam War, the Justice Department has been a partner in the Genocide of Elderly, Disabled Vietnam Veterans, with the Department of Defense, and VA, refusing to protect Veterans, and refusing to investigate, as the Military destroied several hundred thousand Veterans Lives with a "Bad Paper Discharge Con-Game", driving many to suicide, while the Department of Veterans Affairs murdered another three hundred, and eighty thousand Veterans, with a "Medical Waiting List Con-Game".


for the The intentional destruction of the lives of America's Vietnam War Heroes, with It took the Industrial Complex paid Obstruction of Justice, and the refusal of the Justice Department to comply with the Servicemembers, and Veterans, Initiative Act, when the victim is a Disabled Vietnam Veteran.

For Fifty (50) Years the Justice Department has treated Disabled Vietnam Veterans as if they are not human, nor deserving of Basic Human Rights, that are now protected by the Servicemembers, and Veterans, Initative Act Act, in addition to the ADA, and other laws.

The recent attempt to murder me has cost America's Taxpayers nearly Three Hundred Thousand Dollars ($300,000.00) in Medical Bills, that the VA paid with Taxpayer Dollars.

I enlisted, asked for the hardest Military Service, and voluniteered for Vietnam, defending this country, while our Elitist, Silver-Spooned, Attorney General, Merrick B. Garland, hid in college.

I refturned from Vietnam, after extremely Honorable Service, disabled, and victimized by the Military's "Bad Paper Discharge Con-Game", congress now calls a National Disgrace,  as the government tried to steal my VA Disability, with non-stop crimes, for eighteen (18) years.

I am rated 100% Service-Connected by the VA, and have suffered Fifty (50) Years of pain from my Military Service for this country, while Assistant Attorney General, Kristen Clarke, was publishing Racist Hate Articles towards light-skinned Americans, in which she claims light-skinned people are inferrior to Black Americans.

Despite the belief of Assistant Attorney General, Kristen Clarke, and her Racist, Disabled Veteran-Hating, Civil Rights Division of the Justice Department, I am a Human Being, I have EARNED, and am ENTITLED to Basic Human, Constitutional, and Statutory Rights.

I want the rights I EARNED.

I want Assistant Attorney General, Kristen Clarke, and her Justice Department to stop violating the Servicemembers, and Veterans, Initiative Act, as they try to drive Disabled Veterans to suicide, and/or, allow, and encourage, the violation of Veterans Rights, and even the murder of Elderly, Disabled Vietnam Veterans, as described herein, and in Unsworn Declaractions pursuant to 28 U.S.C. 1746.

This Complaint is of Great Public Importanance because the public can have no faith in this government, until there are some ethics, and those entrusted with enforcing our laws, start doing so equally, and in a Race Neutral Manner, and without hate towards those that defend this country in time of war.

Please note that I have a very large number of Eye-Witnesses, and Expert Medical Witnesses, that support, and prove every single allegation herein, and need to be questioned in regards to the attempts by the United States District Court Judge, and his Magistrate, to murder me.

Please read the Facts Section of this Website, and the Evidence Pages, and the List of Some of the Crimes Committed.

With No Money
VetsForJustice.Com Has Done More for Veterans
Than Any of the Established Veterans Groups 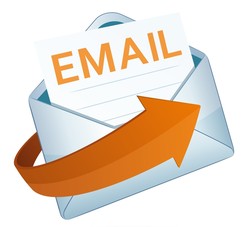 Home Page | Facts | Charges | Why is the News Media Silent About the SVI ? | Attorney General, Merrick B. Garland's Fraudulent Memorandum to Veterans | Assistant Attorney General, Kristen Clarke's Fraudulent Remarks, and Discrimination, towards Veterans ! | A "Dirty" U.S. District Court, at Fort Myers, Fl. Fixes a Lawsuit for Walmart, by Trying to Kill Billy Kidwell | Justice Department Attempts to MURDER a Disabled Vietnam Veteran | Where are the Senate, and House, Committees on Veterans, and the Judiciary ? | We Ask the Established Veterans Groups to Join Us in Demanding SVI and Disability Rights for Veterans | Videos of Service Dog Harassment in Florida | The Miracle of P.T.S.D. Service Dogs ! | Florida Service Dog Law F.S. 413.08(4) | F.S. 825.102 Abuse of the Elderly, and Disabled, in Florida | Veterans Memorial Page | What You Can Do !!! | Contact Us | General Site Map
Back to content | Back to main menu