Background of Walmart Criminal Conduct and Attacks on Disabled Veterans 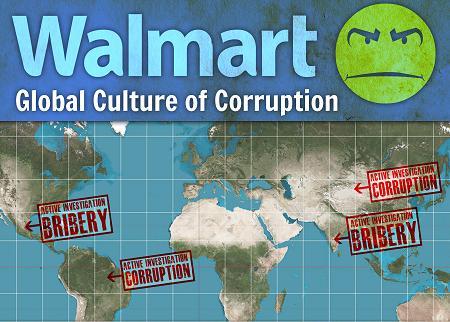 WORLDWIDE BIBERY AND CORRUPTION BY WALMART

Walmart paid the SEC $138,000,000 to settle charges of violating the Foreign Corrupt Practices Act by spreading Walmart Corruption all around the world.

Walmart then paid another $144,000,000 to settle charges with the United States Department of Justice for bribing countries all around the world to cover-up Walmart Corruption.


WALMART CORRUPTION IN THE UNITED STATES

Walmart's Bribery appears to have even reached into the United States Supreme Court, which let Walmart get by with mass discrimination against One, and a Half, Million of Walmart's Female Employees by basically saying that Walmart is too big to sue, and therefore is above the law.