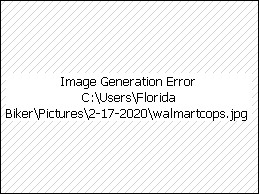 WALMART CAUGHT ENGAGING IN BRIBERY ALL AROUND THE WORLD!

Walmart has agreed to pay Two Hundred and Eighty-Two Million Dollars ($282,000,000.00) for engaging in bribary in Mexaco, Brazil, China, and other countries.

While the Walmart Family has spred corruption, and greed, all around the world, Walmart's Dishonesty, Corruption, Hate, and Criminal Conduct, is covered-up in the United States, in states like Florida, where it is ignored by State Politicans, bribed by Walmart Lobbyists, and ignored by Local Law Enforcement, bribed by Local Walmart Stores.

Walmart has set a "Policy" for its stores in Florida to bribe Local Law Enforcement to cover-up crimes by Walmart Stores in Florida, by conspiring with Walmart Management, and Walmart Security, to falsify Police Reports, so Walmart can harass, and Discriminate against Disabled Veterans with P.T.S.D. Service Dogs.

Local Law Enforcement in Florida are bribed, by being given off-duty jobs at Walmart, given discounts, "Donations", and other benefits by local Walmarts, to act as a Personal Private Police Force for Walmart, and to always act in Walmart's Best Interests, falsifying Police Reports, lying, and doing whatever it takes to help Walmart.

An investigation by the St Petersburg Times showed Walmart uses the Local Police, as its Store Security to increase profits, costing Florida Taxpayers hundreds of thousands of dollars, while increasing crime in Florida, as Walmart constantly calls the police for frivolious reasons, such as calling the police on Walmart Customers asking to see a Store Manager, which Walmart claims is "Creating a Disturbance".

AN EXAMPLE, THE CASE OF BILLY KIDWELL, AND HIS DAUGHTER, HANNAH

As described on the prior page, Billy Kidwell, was just released from spending ten (10) days on the Intensive Care Heart Ward at the St. Petersburg VA Hospital, and was released to the VA's Home Heart Failure Program, where Billy Kidwell takes Heart Tests, and is monitored at his home, by a VA Heart Doctor, and VA Nurse, each day.

Billy Kidwell, needing to get out of his house, went with his daughter, who is his VA Care-Giver, and took his two small P.T.S.D. Service Dogs to the Kings Highway Super Walmart to shop, where he was shouted at, and called names, by a Walmart Cashier named "Handy", who doesn't like Disabled Veterans with P.T.S.D. Service Dogs.

Billy Kidwell was then assaulted by the Walmart Store Manager, and Walmart Security, because he asked to speak to the store manager to make a "Reasonable Disability Accommodation Request", as authorized by the Americans with Disability Act.

Kidwell slumped to the sidewalk outside the Walmart, leaning on the store's outside wall, suffering severe Heart Pains, Loss of Breath, and Extreme Dizzyness, coming close to passing out, as he waited for a Sheriff to arrive to take a Complaint from him.

Billy Kidwell had his daughter, Hannah Kidwell, bring his Disability Papers from his car to show to the Charlotte County Sheriff when he arrived.

AN EXCESSIVE RESPONSE BY THE CHARLOTTE COUNTY SHERIFF'S DEPARTMENT

In a few minutes six, (6), or seven (7), Charlotte County Sheriff Cars came flying up, and officers started jumping out of their cars, acting as if there was a bank robbery, or something real big going on.

The response was extremely excessive for a call by Disabled Veteran, Medically Unable to Stand Stress, who has just gotten out of intensive care at a hospital, and merely asked to make a "Reasonable Disability Accommodation Request" with the Walmart Store Manager.

CHARLOTTE COUNTY SHERIFFS, CONSPIRE WITH THE WALMART MANAGER, AND WALMART SECURITY, TO FALSIFY THE POLICE REPORT

Billy Kidwell started talking to the first deputy to arrive,  explaining what had happened, and all at once a real hostile deputy, who appeared to be in charge, ran up to Billy Kidwell, acting threatening, as he pointed his finger at Kidwell, telling Kidwell not to move while the Deputy-Supervisor talked to the Store Manager.

The Sheriff Deputy in charge went over to the unknown man, that had hit Billy Kidwell in the back, and it now appeared the Unknown Man that hit Kidwell, was Walmart's Store Security, and close friends with the Sheriff Supervisor.

The sheriff's deputy that was in charge started laughing, and joking, with the Store Security Officer, asking about some recent training, making it appear that Walmart's Store Security was close with the Charlotte County Sheriff's Department.

The Sheriff's Deputy in charge, Walmart Security, and the Walmart Store Manager, then started whispering together, clearly planning, and scheming, as to the lies they were going to put in the Sheriff's Report.

The Store Manager, and Store Security, knew they couldn't be honest, and put in a Police Report that a crazy Walmart Cashier, with an abnormal hate for dogs, attacked an Elderly, Disabled Veteran, just released from Intensive Care at a VA Hospital for Stress-Caused Heart Problems, yelling, and screaming at the Veteran for needing P.T.S.D. Dogs to shop, nor could Walmart Security, and the Walmart Store Manager, be truthful, and admit how they assaulted the Elderly, Severely Disabled Veteran for no reason.

So the Charlotte County Sheriff, the Sheriff's close friend, working as Walmart Security, and the Walmart Store Manager, concealed that the incident occurred at the cash registers, and was caused by a Walmart Manager named "Handy", and they conspired together, and lied, by Fraudulently Claiming that the incident occurred at the Walmart Service Desk, and that the Kidwells were being trespassed from the King's Highway Area, and from the Kings Highway Walmart, for life, for being loud, and cussing in Walmart.

Seeing that the Charlotte County Sheriff, and Walmart Officials, were extremely dishonest, and trying to falsify the Police Report, Billy Kidwell asked his daughter to start filming everything on her phone. [ Video 1, Video 2, Video 3, and additional videos shall be posted.]

We DARE Walmart, and the Florida Charlotte County Sheriff's Department, to post the videos they are hiding of Billy Kidwell peacefully shopping, with his daughter, and the Elderly, Severely Disabled Veteran, Billy Kidwell, being attacked, and assaulted, by Walmart Management simply because Walmart hates Disabled Veterans with Service Dogs.

As those videos will prove, if Walmart, and the Charlotte County Sheriff's Department, has the courage to post them, at all times Billy Kidwell, and his daughter, were Peaceful, Polite, and not once did either raise their voice, or cuss, like Walmart Officials were doing.

WALMART IS HIDING VIDEOS THAT PROVE BILLY KIDWELL, AND HANNAH KIDWELL, DID NOTHING WRONG, AND PROVE WALMART, AND THE CHARLOTTE COUNTY SHERIFF'S DEPARTMENT, KNOWINGLY, AND INTENTIONALLY, FALSIFIED THE POLICE REPORT

"Handy" the Cashier-Manager that started the incident, Walmart Store Security, and the Walmart Store Manager, all stated that Walmart has video from the time Billy Kidwell, and his daughter, Hannah Kidwell, entered Walmart, that shows every step the Kidwell's took.

Walmart, and the Sheriff's Department refused.


Billy Kidwell, and Hannah Kidwell, sent at least six (6) Registered Letters, by means of the U.S. Mail, to each member of Walmart's Board of Directors, and to the President, and CEO of Walmart U.S.A., and to Walmart's General Counsel, demanding that the King's Highway Florida Walmart Videos be preserved, and that a copy be sent to the Charlotte County Sheriff's Department to be attached to the sheriff's report.

Not one Walmart Official responded.

The videos were never make part of the Police Report, or the Trespass Records.


Walmart's Board of Directors, CEO, and General Counsel, and the Charlotte County Sheriff's Department, are engaging in OBSTRUCTION, by illegally concealing the videos that prove Walmart committed a Felony, a violation of F.S. 825.102, by assaulting the Elderly, Severely Disabled Veteran, Billy Kidwell, and proving Walmart is OBSTRUCTING the Kidwell's in attacking the Illegal Trespass Warning.

Billy Kidwell stated that he was being harassed, and kicked out of Walmart, because of his Service Dogs, and Billy Kidwell explained what had happened, and gave his copy of the Americans with Disabilities Act, and Florida Statutes F.S. 825.102, and F.S. 413.08(4) to the Charlotte County Sheriff Supervisor.

The Sheriff Supervisor read the papers, and the crumbed them up and said that Charlotte County doesn't go by any Americans with Disabilities Act because it is Federal Law, and that the Sheriff's Department doesn't go by State Disability Laws because Walmart is Private Property, and not a Public Accommodation.

That if Walmart don't want Service Dogs, or Disabled Veterans, in their stores that its their right because they are Private Property, and the only reason the Sheriff was there is because Walmart wants the Kidwell's Trespassed from the King's Highway Area.

Walmart Security jumped in and said that Walmart didn't want the Kidwells at the  Culvers Resturant on King's Kighway, or at the Murphy USA Gas Station on Kings Highway. [See video .]