DIRTY POLITICANS IN FLORIDA
Ripping Off the Elderly, the Disabled, Veterans, and the Working Class 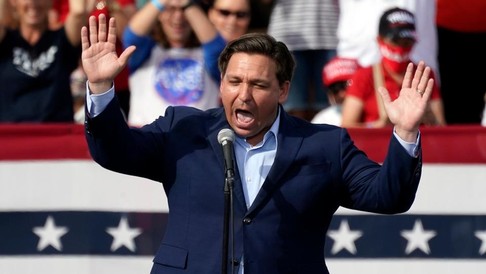 They are misusing their Political Offices to repay Political Donation-Bribes from Special Interests, by putting Special Interests above the law in Florida, and allowing them to rake in hundreds of millions of dollars, by defrauding, and cheating, the General Public.

Governor, Ron DeSantis, and Ashley Moody, are stealing thousands of dollars out of YOUR pocket if you live in Florida! 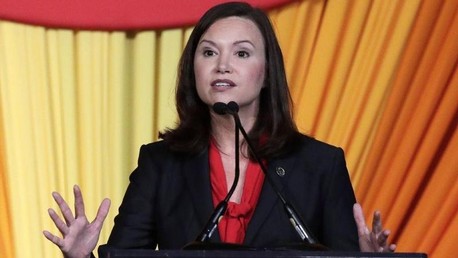 Comcast has admitted it can make a very nice profit charging no more than twenty dollars ($20) a month for internet services, and yet most Comcast Customers in Florida are paying Two Hundred and Fifty Dollars a month, or more, for Comcast Services!

Comcast is padding its bills with as many as twelve "Secret" Fees, and charges.

Comcast is operating a secret Wi Fi Hot Spot System that is capable of rigging every election in America, and is able to spy on nearly everyone in America on any Smart Device, Smart Phones, Smart TV's, and on laptops, computers, and anything with a modem, or anything that connects to the internet. 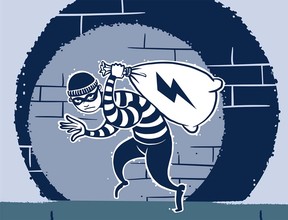 COMCAST STEALS MILLIONS OF DOLLARS WORTH OF ELECTRIC FROM FLORIDA CONSUMERS!

Half of the electric being used by every Comcast Modem in Florida is being used to operate Comcast's Secret Wi Fi Hot Spot Spy System.

While that is only ten dollars, or so, per customer, with Comcast admitting it has over a Million Wi Fi Hot Spots in Florida it means Comcast is STEALING at least Ten Million Dollars in Electric from its Florida Customers each year.

Comcast charges Fifteen Dollars ($15) a month to rent a modem that sells brand new for twenty-eight dollars ($28). That is OVER 50% interest every month, and Comcast still owns the modem, and charges the customer a hundred dollars for the modem, even after years of the customer paying Mafia Loan-Sharking Rerntal Fees, when the customer terminates his Comcast Services.

Even MAFIA Loan Sharks do not charge as much as Comcast! 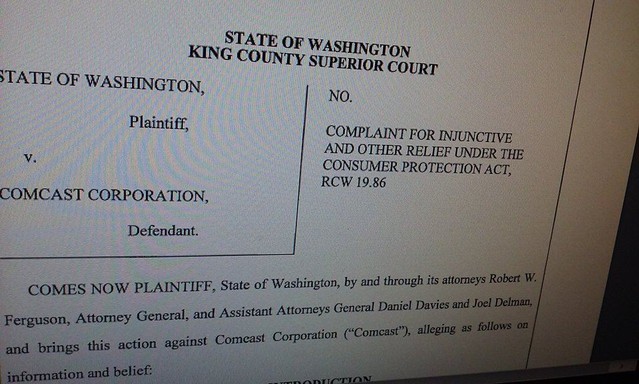 
In Massachusetts State Attorney General, Maura Healey, accused Comcast of Massive Advertising Fraud, Concealing the Actual Cost of Comcast Services, providing Comcast Services the customer did not Order, or Agree to, and then charging the customer a massive fee to discontinue the service they did not order.


In Washington State Attorney General, Bob Ferguson, sued Comcast for Fraud, for cheating Comcast Customers with Tens of Millions of Dollars in phony fees, and for Comcast engaging in Dishonest Sales Practices.


In Florida Comcast has committed more crimes, than in any other state, because they know the Governor of Florida, and Florida's Attorney General is in their pocket.

In Florida Elderly, Veterans, the Disabled, and Military Families, have been cheated with Comcast "Introductory Offer Con Games", Overcharging, Comcast Modem Rental "Loan-Sharking Schemes", schemes charging Comcast Customers for services they did not order, and do not want, while Comcast refuses to remove those unwanted services, and other Racketeering Schemes.

Comcast got hundreds of Millions of Dollars in Pandemic Relief Funds, while they robbed the public in Florida.

How much did YOU get in Pandemic Relief Funds?


If Florida had an Honest Governor, or an Honest Attorney General, they would investigate, and sue Comcast, and REDUCE the cost of Internet Services for everyone in Florida.

HOWEVER, Florida State Officials are OWNED by Special Interests.

Lets see how Walmart treats the Disabled in Florida knowing the Governor of Florida, and Florida Attorney General have been "bought off" with Walmart Political Donations.

Nothing speaks louder that a video that show how the disabled are really treated in Florida by Walmart.

Man with one leg and his family are banned from Walmart because he is disabled.

Florida 100% Service-Connected, Severely Disabled Vietnam, Attacked, Mocked by Sheriff, and Banned from Walmart for Life for Needing Service Dogs After Getting Out of Hospital

What Walmart doesn't want you to know.


Walmart is one of the most corrupt Corporations in America, known for abusing its own employees, keeping them in poverty, and Walmart is known for hating the Disabled, and especally hating America's Disabled Veterans needing P.T.S.D. Service Dogs.

It should be noted that Ron DeSantis supported Service Dogs as a Congressman, and now allows Florida to harass Veterans with Service Dogs, all over the state.

Thanks to Florida's Corrupt Governor, and Attorney General, Walmart is Free to Terrorize Disabled Veterans in Florida, and keep them from shopping, for life.