The VA's Many Schemes to Defraud Vietnam Veterans - VetsForJustice

The VA's Many Schemes to Defraud Vietnam Veterans 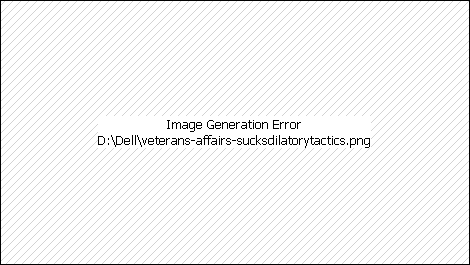 Lies and Crimes by the VA from the Start

Here are a few of the Criminal Schemes the Veterans Administration used that are documented in the Official VA Records of Billy Kidwell.

After being beaten, starved, tortured, and forced, to take a "For the Good of the Service" Discharge from the Army Kidwell applied for VA Compensation, and Medical Care.

Billy Kidwell applied for VA Disability, and Medical Benefits, the day he was discharged from the Army on October 8, 1970.

Two (2) Years later the VA Office in Cincinnati, Ohio told Kidwell they had lost his VA Claim so the clerk at the Cincinnati VA Office filed out a new VA Claim for Disability, and VA Medical Benefits, on April 21, 1972.

On August 15, 1972 the VA printed an Illegal Form Letter and put it in Billy Kidwell's VA Claim File but Kidwell's VA Records show the VA never mailed the Form Letter to Kidwell, and never served the letter on him.


"Your Claim for compensation has been carefully considered based upon all the evidence of record, including a review of your service records. We have determined that the conditions under which you were discharged from service preclude the payment of VA Benefits. Accordingly your claim is disallowed.

We are sorry the evidence does not permit a more favorable reply.


Kidwell's VA Records prove there was no "Appeal Paragraph", nor was the letter ever sent to Billy Kidwell.

Billy Kidwell called the VA and was told that AR 635-200 Discharges are considered "Dishonorable Discharges" and therefore all "For the Good of the Service" Army Discharges are a bar any VA Benefits.

Aparantly the purpose of the letter was so that if Kidwell sued for benefits the VA could lie and fraudulently claim that the VA Office of General Counsel sent a copy of the letter, which was dated August 15, 1972, to Billy Kidwell.

Never receiving an answer on his VA Claim, and being severely disabled with Combat P.T.S.D., and suffering deep depression, Billy Kidwell kept filing his VA Claim, over, and  over, and over, not knowing what else to do, as he tried to get the VA to process his VA Disability Claim.


Home Page | Veterans Driven to Suicide by the Government | Veterans Murdered with Illegal Medical Waiting Lists | Dying Vet Wants One Day of Honesty from VA | The United States Army Betrayal of Vietnam Soldiers | Billy Kidwell's Honorable, and Heroic, Army Service | The VA's Many Schemes to Defraud Vietnam Veterans | The No Ethics, No Morals, VA Office of General Counsel | The Corrupt Court of Appeals for Veterans Claims | Suicide Notes Prove the Army & VA Murdered 457,000 Vietnam Vets | Disabled Veterans Have No ADA Rights in Florida | Female Veterans Discriminated Against by DVA | President Trump's VA | Low-Lifes Trump Put in Charge of the VA | President Trump Abolishes Veterans Rights | President Trump Uses the VA for Political Pay-Offs | Court Says Disabled Veterans Have NO Rights! | The Attempted Murder of a Disabled Veteran | Veterans Rights Heroes | Links to Friends | Something to Say ? Post your Comment below! | What YOU Can Do to Fight All this Corruption! | Tort Claim Filed | About Us | Contact | General Site Map
Back to content | Back to main menu